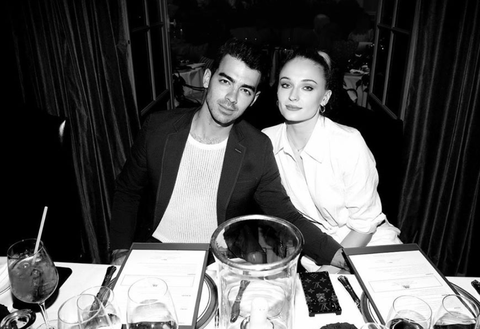 In July, Sophie Turner and Joe Jonas became first-time parents when they welcomed a daughter, Willa, into the world. But Willa isn’t the only one who’s celebrating a birthday this summer. Today, Jonas turns 31 years old.

Since Turner and Jonas became parents, they’ve been keeping life with Willa pretty quiet. On his story, Jonas posted a photo of him and Turner doing the Vogue cover challenge with the message, “Wear a mask that’s the tea.”

They haven’t shared any photos of their daughter yet, but a source told Entertainment Tonight that the new family is getting along just fine.

“The couple is already obsessed and can’t stop gloating about their new addition,” the source told ET. “The couple is taking time to enjoy this special moment and have only shared the news and updates with family and friends. With the pandemic, Joe and Sophie have been very cautious about who is around them and their little girl.”

Later, another source provided E! News with this update: “They are home and getting settled,” E!’s source said. “Joe is very hands on and involved. He wants to do everything he can and loves being with the baby and helping Sophie.”

Turner and Jonas never personally announced that they were expecting a baby but were seen walking around L.A. together shortly before their daughter’s birth. They celebrated one year of marriage together in May, when they were first legally married in Las Vegas.

July 2, 2022July 2, 20225 min read
Here's a question to ask the age group Are women and men benefit in different ways when eating broccoli?  Many people believe they do. Indeed, a

You May Have Missed

You May Have Missed